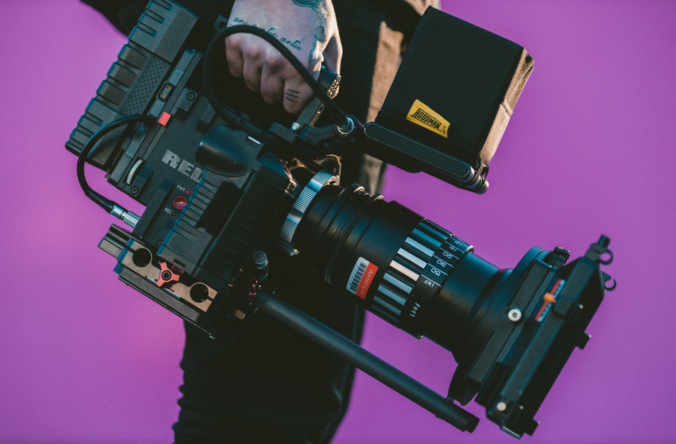 Five athletes, who have starred in TV-Shows before.

Jewellery designer, model or presenter of shows. All three are classic jobs for athletes who are pursuing a career after their playing days. But more money can be made in the film- and television-industry. Global icons like the British football player David Beckham, who is currently preparing for his role in the movie “King Arthur”, love to act in movies star in tv-shows. German athletes are no exception. Sponsoo wants to introduce five athletes to you, who are not satisfied with just playing sports.

Michael Smolik has earned the nickname “Flying Badboy” due to his awesome fighting-style.  He was able to defend his kickboxing world-championship in the heavyweight division last weekend against the Spanish David Trallero in devastating fashion”.  In the first minute of the second round, he was able land a kick straight to Trallero’s head; Knock-Out. It was Smolik’s 25th victory in his 25th fight.
To get this far, he had to give up his law enforcement career to concentrate on his boxing efforts. His police-past gave him a chance to star in the German show “Die Ruhrpottwache” in which real crimes are retold with actors. Smolik plays himself as a officer and has a lot of fun doing so.

We stay with fighting athletes for just a little longer. Susi Kentikian came to Germany at the young age of 5. After long years of uncertainty about her status, she started boxing when she was 12.
She was not able to fight beyond the borders of Hamburg due to her status as a “tolerated asylum seeker”. This problem was solved thanks to a professional contract in 2005 which started a great career. Susi won 36 out of her 39 fights and is the reigning WIBF champion in the flyweight-division. Her agressive style gave her the nickname “Killer Queen”, which she is now using for all of her fights.  Currently, she is a candidate at the RTL-Show “Let’s Dance” where Susi and her partner Robert Beitsch are front-runners for the win after just two episodes.

While reading this article, one can get the idea that fighters have a high affinity for acting. Our next example is a MMA-Fighter: The “Sergeant” Nick Hein, who is also an ex-policeman. He was on duty during the infamous new years eve in Cologne. Nick wrote a book about his experience called “Police at the limit” – an absolute multitalent. When he is not writing books, he is fighting for the UFC and has a record of 14 – 1 -2 and has already starred in a whole season of the parody “Diese Kaminskis”. The show is a persiflage of all the trash-tv formats filling the afternoon spots in German television. His character is not shy of harsh comments and uses urns for his bicep-workouts. We sure hope that there is going to be a second season on ZDFneo – assuming that Nick is fine after his next fights.

Nam Vo is a super succesful Fitness-model with a wide reach on his social media accounts. Thanks to his unbelievably shaped body ( only 6% body-fat!), Hollywood-Legend Sylvester Stallone wanted Nam for his new show on Netflix. He was one of 12 participants in the 9th episode of Ultimate Beastmasters, which features a concept similar to Takeshi’s Castle or Ninja Warrior. The contestants have to master a tough obstacle-parkour in a short amount of time.  He managed to reach the final of the episode called “The last call” after three impressive rounds but unfortunately, he lost to the US-born Ken Corigliano by 20 points. His performance caught the eye of numerous companies, who are now working with Nam Vo on various projects.

Athanassios Kotsabassidis is just called “Saki” by most of his friends. He is a freestyle-footballer and a Christiano Ronaldo with an incredible reach. Since he looks just like CR7, the Pay-TV channel Sky booked him for a sport promoting the Champions-League Final 2014. When asked about said gig by the “Rhein-Main Extra Tipp”, Saki smiled and said “I am so glad that Real Madrid did it. If Bayern had won, they would have had to double Thomas Müller.” But the final ended up being Atletico Madrid vs. Real Madrid, so Saki had the chance to prove his skills against a Diego Costa – Double!

All of the athletes presented have a profile on Sponsoo. Sponsoo is Europe’s largest marketplace for sport-sponsoring. Please contact us viasupport@sponsoo.de, or click through our database. We would be more than happy to assist you with choosing the right fit for your company. Our database with more than 5.000 athletes and clubs provide a wide variety of opportunitie