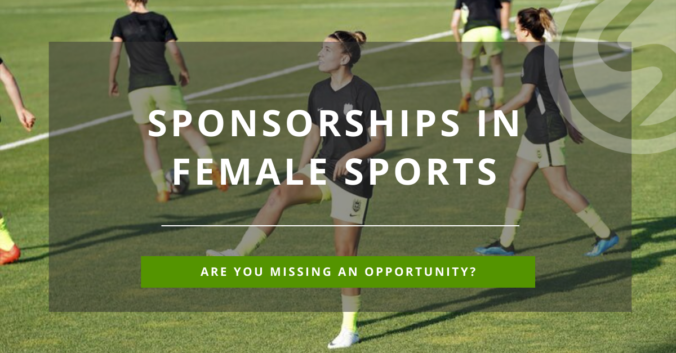 Sponsorship in female sports – Are you missing an opportunity?

The numbers of female sports sponsorships are shockingly low: Only about 0.4% of the yearly sponsorship deals goes towards female athletes. Equally low are broadcasting rates and media coverage, with female sports accounting for only 7% of the entire sports coverage. (Source: Women in Sport)

With rising numbers in fans and viewers, the question remains: Why are sponsorships in female sports still unpopular?

Misleading perceptions, like male sports being watched by everyone, but female sports are only watched by women, have increased the stigma around female sports. They could not be further from the truth, as more than 50% of female sport viewers are male!

Female athletes have begun a fight against those stigmas and for more visibility. Telling stories and inspiring young girls are some goals for the future.

“It is important for us that we are seen, only then people will be interested to watch.”

One way to increase female visibility is through quotes and goals on equal gender representation. An example are the Olympic Games, who have not only encouraged countries to include both a male and female athlete as flag bearers during the Opening Ceremony, but work on equal representation in the competitions. In the recent Olympic Winter Games 2022 in Beijing, the amount of female athletes was at an all time high with 45%, for the next Games the ICO is working further towards an equal score of 50%.

All efforts have led to a growing interest in female sports, but there are a number of benefits sponsorships in female sports can bring. They are allowing your brand to reach a new audience, are accessible not only to the big brand names, but to small and medium brands entering the sports sponsorships market and most of all it can improve your brand perceptions because it makes your brand stand out.

Outdated perceptions and low visibility are not what female sports are about anymore. Broadcasting deals, sold out stadiums and a growing number of fans are the trajectory. It is clear: These numbers will be rising.

Brands like Mastercard or PepsiCo are leading by example by closing multi-million dollar deals supporting the Women’s Rugby World Cup and the UEFA Women’s Champions League. Besides money they also want to increase visibility for the sports, running campaigns to empower women and girls to participate in and watch the sport.

With gender equality still being an important topic in today’s society, you can be part of the change!

Have we caught your interest? Visit our portfolio to find exceptional female athletes: https://www.sponsoo.de/sponsor or contact us: +49 (0)40 228 63 293 / sales@sponsoo.com

News from the RIP deal scammers