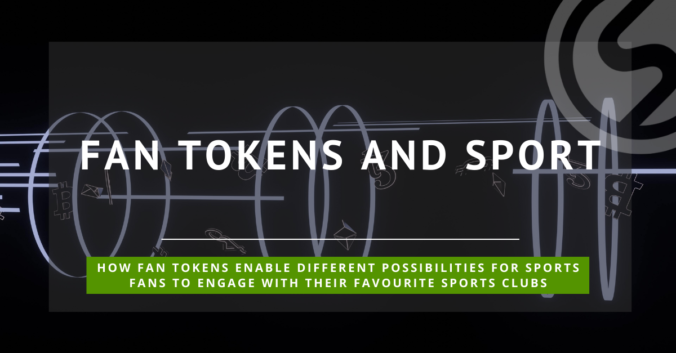 What is the Future for Fan Tokens in Sport?

In the 21st century, the sports fan experience can only be completed with one thing, fan tokens. A type of utility token, fan tokens are created on a blockchain from a third party and allow fans to access a variety of membership perks like voting rights, rewards, or merchandise. This strengthens fan engagement and enriches the relationship of sports teams with their supporters.

Today, fan tokens are becoming increasingly widespread. What does this mean for the sports industry? Below, we take a closer look at the phenomenon.

A Brief History of Fan Tokens

Juventus and Paris Saint-Germain were the first clubs to launch their official tokens in 2019. While the ground was limited to a few select clubs at that time, they took off after a series of unique experiences by fans hit worldwide media.

The reception to the Coinbase viral ad at Super Bowl 2022, nicknamed “Crypto Bowl”, saw an avalanche of advertising campaigns being rolled out by cryptocurrency companies. App downloads increased by 309%, and the relationship between sport and marketing environments for crypto companies was duly established.

Today, there are more than 60 sports organisations worldwide who use fan tokens, including FC Barcelona, Atletico Madrid, Valencia CF, and Levante UD. And blockchain technology soon became another profitable source of revenue for the sports industry.

While fan tokens have been growing in popularity, The Guardian’s report explains how they solidified their place in the industry after generating $200 million in revenue for participating clubs that were suffering from the effects of the pandemic. This allowed clubs to stay afloat, the industry to prosper, and teams to stay connected to fans despite the logistical and geographical limitations.

These established fan tokens are an innovative monetisation measure that could offset any revenue lost due to no gate receipts, sponsorship income or other promotional activities. Fan tokens can also deal with sudden spikes in expenditures during player fees without any events, bio-bubble arrangements or frequent testing obligations.

Functioning as an investment and insurance at the same time, fan tokens are being adopted by various teams and organisations. Premier League clubs including Arsenal and Manchester City, are also using Socios fan tokens, with even the Cleveland Cavaliers in the NBA and the Punjab Kings in cricket joining the long list of teams. Europe’s football governing body, UEFA has announced a sponsorship agreement with Socios to fully utilise Chiliz’s blockchain as well.

Threats to the industry

The BIG3, the three-on-three basketball league, made recent news when they announced an upcoming release of limited edition NFTs last month in June. BIG3 FEATs or Forever Experience Action Tokens grants buyers perks and exclusive access to the league for $4,500 apiece. Questions on the legal aspects to avoid the basketball tokens being considered a security were raised.

Involvement in NFT collectibles while avoiding issuing fan tokens is a common occurrence in the field. It was only in 2022 that the NFL allowed teams to secure sponsorships with blockchain companies. However, prohibitions from promoting specific cryptocurrencies and fan tokens are still in place as the volatility of cryptocurrency assets cannot be recklessly marketed.

The recent ‘crash’ in the crypto world has considerably cooled cryptocurrency sponsorships. Instead of looking for new teams, managing the current roster has become a priority. Socios founder Alexandre Dreyfus expresses the need for a sustainable, logical, and healthier relationship with the sports industry if we want to safely maintain the fan experience that these tokens can deliver.

Investments are always risky, but fan tokens have nonetheless proven their worth. With an open mind, there are many ways to devise safer blockchains to reward users from all over the world. The key for success is to create new uses for technology. With fan tokens spearheading the discourse, future innovations in sports will only open the field to accommodate more fan support.